Cinemaniac is supported by

Cinemaniac / Think Film is a support program of:

Cinemaniac is organised by 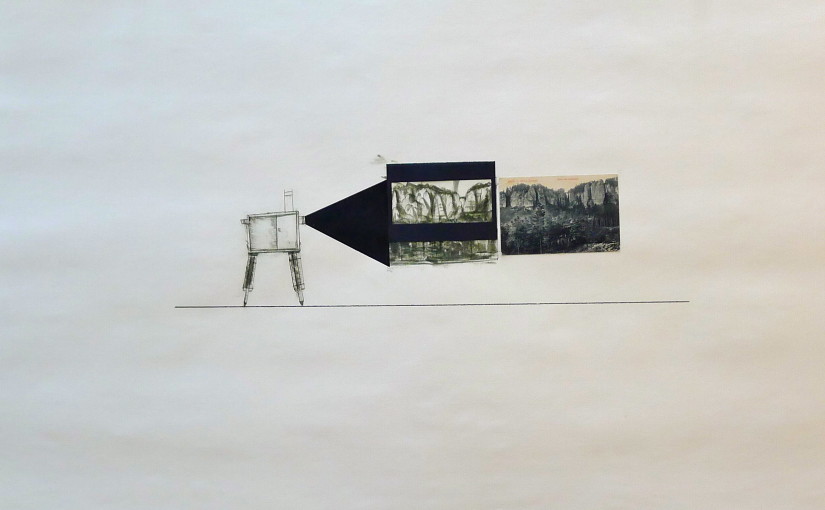 The exhibition IMAGINE A MOVING IMAGE by Marko Tadić presents an imaginary journey through the space of construction, poetics and aesthetics of the cinematograph and moving image.  New project gathers series of drawings and collages as fragments structuring the specific space of the exhibition. The exhibition develops around the way of film thinking, imagining the cinematographic device, a complex apparatus based on ideology and technology, the production and reproduction of moving images. It is made of elements of camera and projection/projector, formally clear elements, squares of space, geometrical shape and framed scene.

The exhibition is structured as a “film strip” in a spatial form– exploring the codes of cinema, the contents and tools of film, articulating the reflexive and technical processes showing the illusory character of the film medium, while at the same retaining their fascination with it.

With collages and drawings Marko Tadić builds a fragmentary narrative about  film, while the spectacle of cinematography and its “construction”, it’s constructed character, become a referential field of these works. (Branka Bencic, from the catalogue essay)